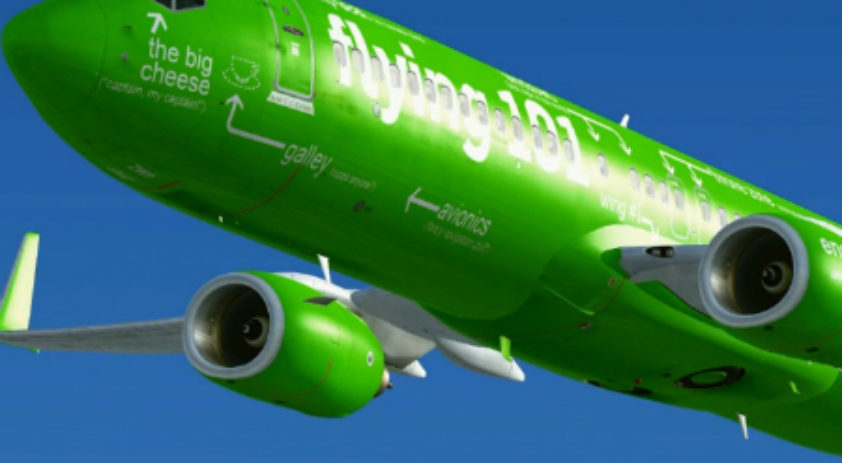 Kulula.com, or just Kulula as it is most commonly referred to, is one of the most awesome domestic airlines in South Africa, and possibly in the world as well. Their way of doing things have amazed us in the past and continue to do so in the present, even though they have settled down slightly over the years, the airline will always be known for their sense of humour above all else.

Kulula has a fair Skytrax customer rating, with most complaints being about in flight entertainment. Of course, since this airline defines itself as a low cost, no frills airline, this makes sense. There will be little entertainment offered in the traditional sense, but when listening to the announcements over the intercom, it is quite entertaining in itself. The flight times are also quite short, and this obviously, again, means that having world class in flight entertainment is not really a tactical move, especially since this will increase the price by quite a bit.

Kulula is a trading name of Comair, which is a franchisee of British Airways, and, as you know, British Airways is one of the best airlines out there. Kulula flies to 6 destinations with a fleet consisting of 10 aircraft, with 2 more on order. There are 9 Boeing 737-800s, which can carry 186 passengers each, and one Boeing 737-400, which can carry 162 passengers. This is as af January 2016.

Founded in 2001, one of the biggest things that this airline brought to the table is a truly South African experience and a great sense of humor. When looking at some of their ad campaigns, such as the ones launched during the 2010 soccer world cup, it is easy to see what we are talking about. Also, they have some of the most comical livery on their planes, including the Flying 101 livery, which is a legend describing different parts of the aircraft in a comical way.

Even though this is a domestic airline only, they still offer food and drink that you will be able to buy on board, which is a nice addition. Airline food is notorious for tasting horrible, but their food is actually, according to many people, not that bad. Hopefully you enjoy it throughly if you ever have the opportunity of trying it.